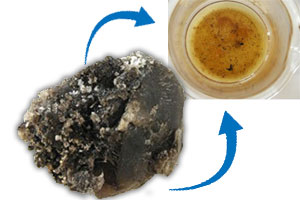 ITW has developed and patented a technology for polymer modification/dissolution.

The technology can be applied during the run, to prevent polymer formation, or during a turnaround, to remove the polymer from the Unit.
ITW has been able to modify, as a first time ever, polymers in a Butadiene Unit.
This allowed the removal and cleaning of a great portion of the polymer during the circulation of a patented chemical, which removed about 80% of the originally present polymer.
More importantly, the trays have been cleaned without the need for decommissioning them, as it was necessary in the previous turnarounds.
Subsequent to polymer modification and Online Cleaning, ITW Improved Degassing/Decontamination technology achieved a fast and efficient compliance with safe entry conditions in confined spaces.

ITW technology has been applied to many petrochemical units, e.g.:

and can be applied to any other petrochemical unit wherein polymer formation/removal impairs operations or increases downtime.

This new technology may open up new scenarios in the refinery applications, including:

and, in general, in the Oil & Gas industry.
For examples, the LNG sites can also benefit from the use of this technology.