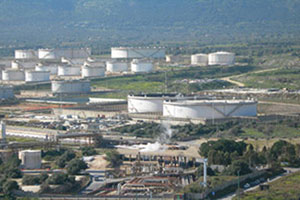 ITW has developed and patented a novel technology for tank cleaning which transforms the sludge into a fully reusable product.

ITW technology operates on a closed loop basis, thereby:
- achieving the cleaning under “no man entry” conditions
- eliminating airborne emissions which are typical from mechanical cleaning.

The sludge is fully and effectively recovered during the circulation of proprietary chemistries, which set the precipitated hydrocarbons back into a stable liquid.

ITW chemicals have the capability to stabilize the sludge, including polymeric sludge, to such an extent that they are not further aggregated, hence filterable. In this way the sediments are freed from the sludge, i.e. the sludge matrix (which contributes to the formation of non- filterable macrostructures) is chemically stabilized and fluidized.

With current technologies, the release of sediments from sludge is not possible, as the sludge matrix is not disjointed.

The concept of ITW Technology can be better illustrated as follows:

Therefore, by circulating the oil containing ITW patented chemicals, the sediments will be left at tank bottom; there is no need of any centrifuge to get rid of the solids.

It is important to underline that the oil phase achieved from the sludge after ITW treatment is filterable, stable, fully reusable and compatible with any hydrocarbon stock.

While any mechanical cleaning is a cost for the owner, ITW technology accounts for a return on investment in terms of:

By operating with a no-man entry technology and by recovering the sludge from the outside of the tank, ITW technology makes also possible the cleaning of tanks which are normally not cleanable under conventional technologies (i.e. tanks with corroded roofs, collapsed roofs, structural problems, etc.).

In a 150,000 m 3 crude oil tank with a collapsed roof (100m diameter), safe cleaning could be implemented; 12,000 m3 of sludge have been recovered in about 10 days and fully reprocessed at the CDU without any issue. 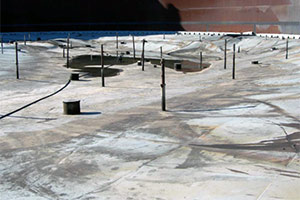 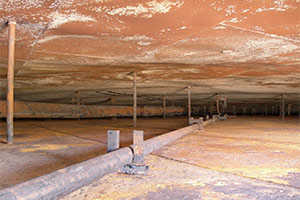 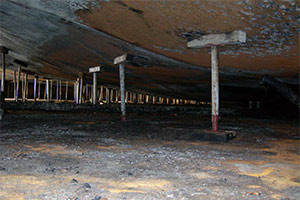 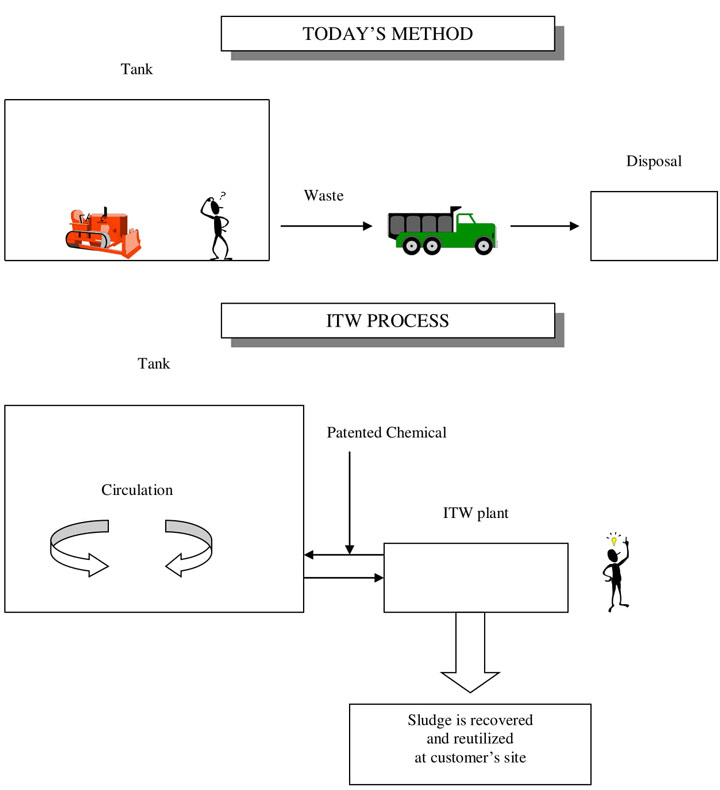