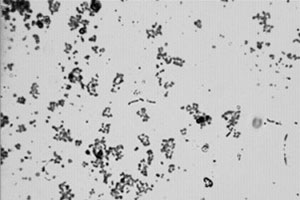 ITW technology can re-stabilize asphaltenes which are already precipitated, i.e. can put them back in solution in a stable form.

This has allowed ITW to give back “on-spec” fuel oils which were originally “out-of-spec” for sediments by hot filtration (SHF - Sediments by Hot Filtration - IP 375/IP 390).

We also have success in commercial applications with specific industrial fuel oils originally "non-filterable", which were set back “on-spec” at 0.1% wt.